Masmut programme: a controlled landing after 21.900 hours of flight

The MASMUT programme conducted by the Christian Mutual Society, the Solidaris Mutual Society and Free Mutual Society of the Little Kingdom (Mutualité Chrétienne, la Mutualité Solidaris et la Mutualité Libre du Petit Royaume) will come to an end in December 2016. On the occasion of the AIM meetings, the three promoters presented an account of this programme which will have lasted two and a half years.

On the plan on technical capability, certified training in mutual society governance has been organised in partnership with the University of Versailles Saint-Quentin-En-Yvelines, in Bukina Faso, Burundi, Senegal, Togo and Benin. Combining mutual society experts from the north and the south, all training has been adapted to the national context and to the specific needs of the partners.

Other initiatives to reinforce the capabilities of the platforms on the subject of universal health cover have been implemented: participation in workshops and seminars, development of arguments and launch of two research studies, one for “West Africa” (Togo, Benin) and the other for “Central Africa” (Congo).

The programme conducted activities on the subject of advocating policy and communication: mutual society days, participation in institutional events (national consultation frameworks,…), training journalists or reinforcement of advocating the UEMOA.

Finally, the programme organised or co-organised regional-scale events, such as the Abidjan conference on the perspectives of the African mutual society movement within the context of universal health coveage or the sub-regional workshop on applying UEMOA regulation to social mutual societies.

The action of Belgian mutual societies towards their partners will be of course continued via the programmes of the NGOs, Solidarité Mondiale, Solidarité Socialiste, Louvain Coopération and the “MASMUT synergy” is resumed in these. 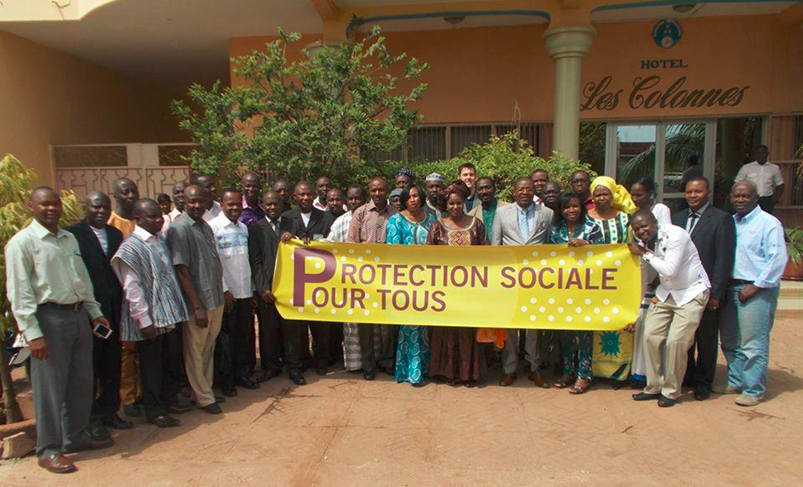