Organised by the International Labour Organization (ILO), the Global Social Protection Week was held from the 25 to 28 November 2019 in Geneva as part of its centenary celebrations. A hundred experts met to pave the way towards social protection systems that are universal, appropriate, sustainable, and adapted to the evolution of the world of work. Matthias Savignac, President of the ESN, and Jean-Pascal Labille, Secretary General of Solidaris, took part in discussions on the future of social protection.

Organised by the International Labour Organization (ILO), the Global Social Protection Week was held from the 25 to 28 November 2019 in Geneva as part of its centenary celebrations. A hundred experts met to pave the way towards social protection systems that are universal, appropriate, sustainable, and adapted to the evolution of the world of work. Matthias Savignac, President of the ESN, and Jean-Pascal Labille, Secretary General of Solidaris, took part in discussions on the future of social protection. 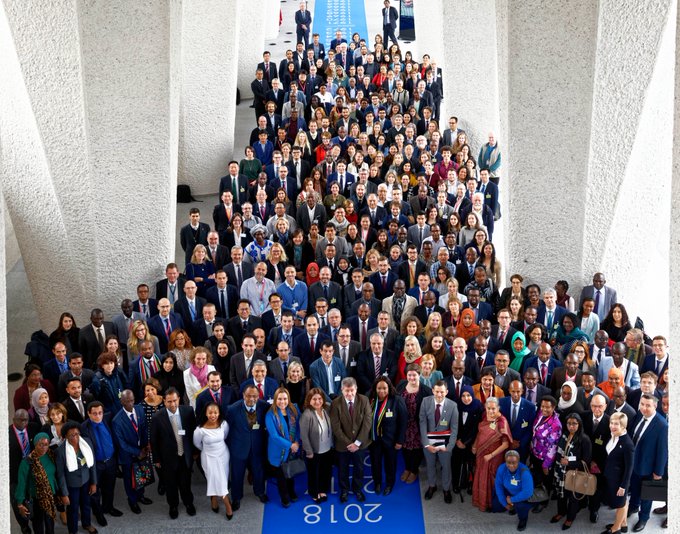 Achieving SDG 1.3 and universal social protection in the context of the future of work

Social security is a human right but it has not yet become a reality for everyone. Today, more than 50% of the world’s population does not have any social coverage.

Over a week, key participants representing governments, workers, employers, international organisations and international financial institutions, as well as organisations from civil society and researchers, discussed the catalytic role of social protection in achieving the 2030 Agenda, the current situation and remaining gaps in protection. Participants contributed to the creation of a roadmap for the future of social protection as part of the ILO Centenary Declaration for the Future of Work, which was adopted recently.

The ILO published a report on funding gaps in relation to achieving SDG 1.3, an objective which involves implementing social protection systems and measures for everyone, adapted to the national context. According to the report, more than 500 billion dollars need to be invested each year for countries to establish basic social protection measures. 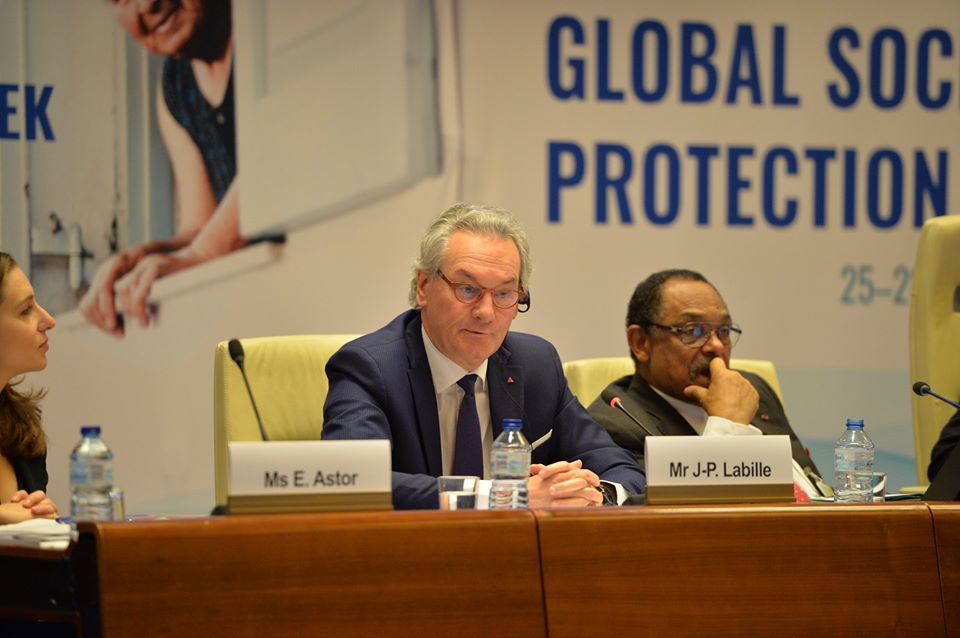 Jean-Pascal Labille, Secretary General of the National Union of Socialist Mutual Benefit Societies, participated in the “Social protection to aid transitions” session, chaired by the Deputy Director General of the ILO Greg Vines. Jean-Pascal Labille recalled that “in a context of a liberal frenzy and democratic anorexia, the state is the sole guarantor of collective interest.” He highlighted the fact that other battles have come together through the right to social protection:  the fight for the environment, women’s rights and migrants’ rights.

The speeches highlighted that safeguarding the principles on which countries have constructed their social protection systems – solidarity, universality, sustainability, suitability and participation – is essential to place people at the heart of economic and social policies.

A culture of social protection at all levels

The participants discussed the reasons why a culture of social protection influences the extension of coverage for everyone and aids the implementation of structural changes in systems and highlighted different lessons that have been learned in terms of creating a social protection culture. Matthias Savignac highlighted that school is a prime location to address the topics of social protection and subjects linked to health or the environment. Matthias Savignac recalled the importance of going beyond simply adopting solidarity principles and living these values.

Although the development of social security has been identified as a key part of extending coverage, experience has shown that creating a culture of social protection through education, raising awareness and communication is a long-term investment which involves several stakeholders and is based on strong and committed political will over time. 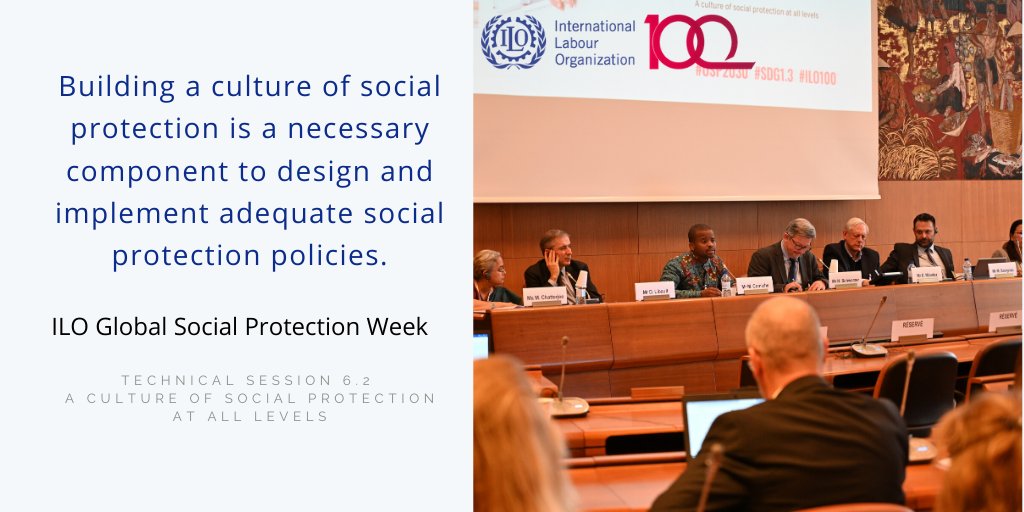 In addition to the presentations, 18 technical workshops provided an opportunity to have debates and go into more detail for these on several key topics:

A week of sharing of experience and networking for the ESN

The discussions continued on the fringes of the technical sessions. The ESN participated in speed networking and presented the activities of ESN members, current projects and tools such as the “Jeu sur la Sécurité Sociale”, a social security game from the Latitudes Jeunes youth organisation, to the partners attending including the representatives of international organisations. 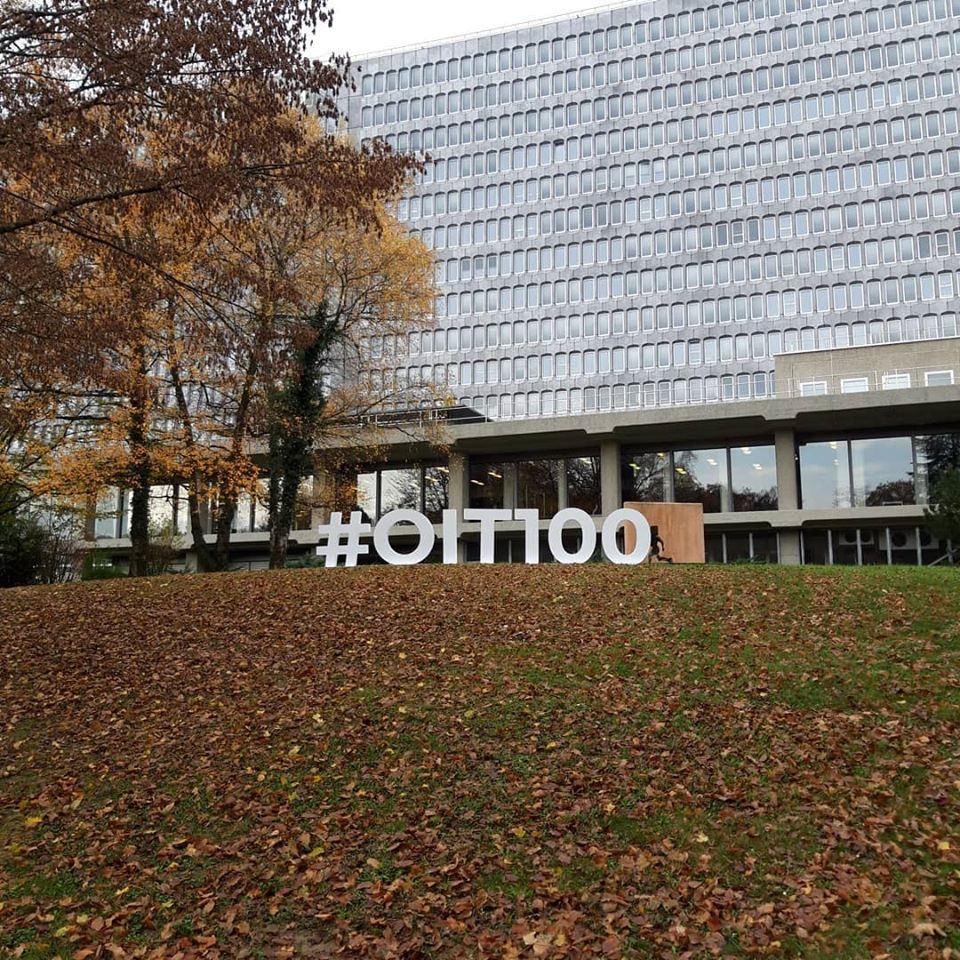 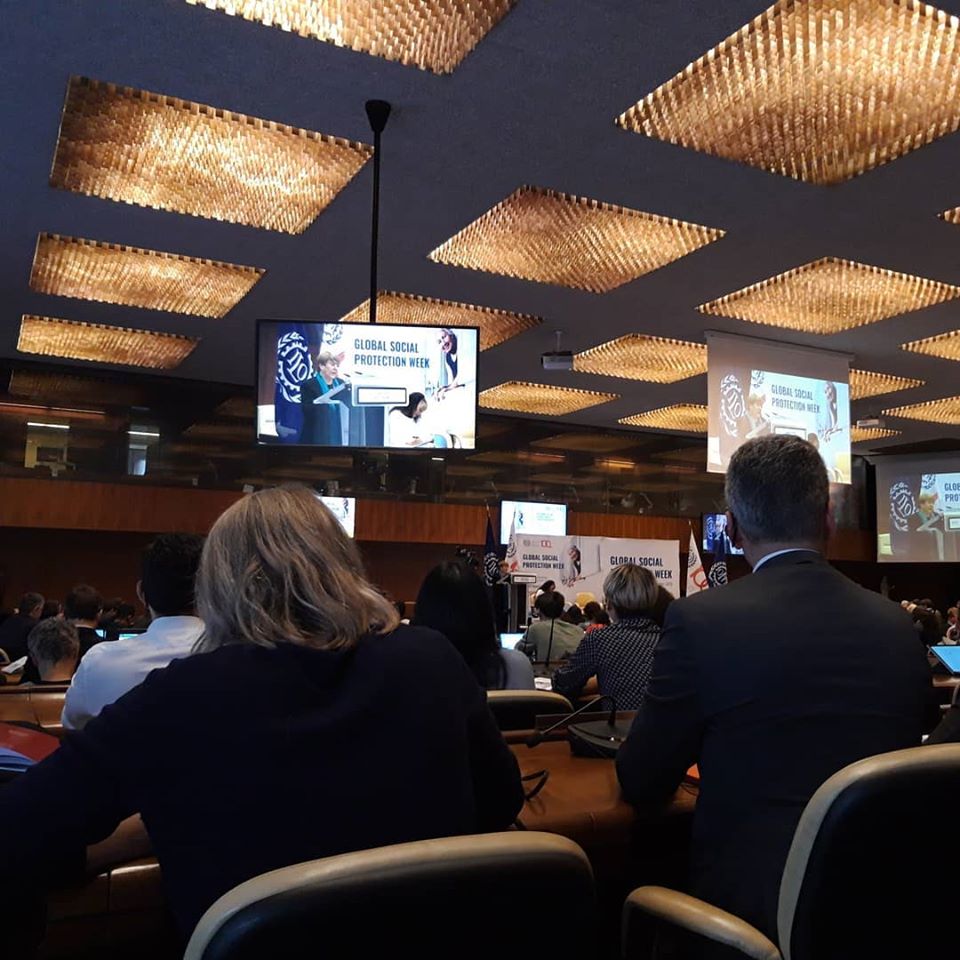