The Network attended the prize-giving ceremony for the « Young People And Social Security » competition held on 6 July. To end this 3rd year, and despite the current context, the Ecole Nationale Supérieure de la Sécurité Sociale  (EN3S) was keen to bring together all the participants and their supervisors by organising an interactive webinar. This is an opportunity to highlight and congratulate the creativity, work and commitment of these young people on issues related to social protection in France.

The Network attended the prize-giving ceremony for the « Young People And Social Security » competition held on 6 July. To end this 3rd year, and despite the current context, the Ecole Nationale Supérieure de la Sécurité Sociale  (EN3S) was keen to bring together all the participants and their supervisors by organising an interactive webinar. This is an opportunity to highlight and congratulate the creativity, work and commitment of these young people on issues related to social protection in France. 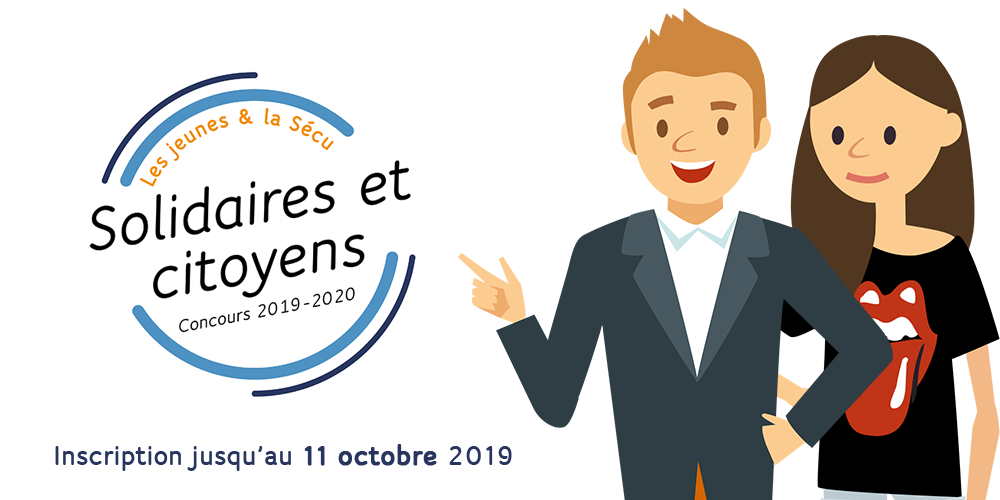 Since 2015, this competition has sought to support solidarity education for young people by requiring them to be actors in their own right. Organised in partnership with the French Ministry of Education, this programme invites participants – high school and university students – to reflect at their own level on the issues surrounding mutual aid and citizenship. The idea being that they collectively develop concrete solutions to the problems given to them within the framework of the competition, and in the format that seems most relevant to them.

This year, 4650 students and their 158 teachers from 13 regions in France participated in the competition. Nearly 300 projects were presented to the jury on these 4 subjects:

For this year, the jury has chosen to award its prizes to 8 winners who have dealt with these subjects in the most creative and inspiring ways. With videos, posters, photos or even poems, the participants did not lack imagination and know-how to warn about these societal problems and get their message across.

The award ceremony, although virtual, was an important moment as it allowed the young people to present their work out loud to the audience. After a short screening of their projects on screen, they were able to tell the story of their productions’ development processes, share their impressions but also say what impact these projects had on them, their friends and family and the audience for which they were intended.

“At the beginning the students in the class didn’t know the extent of social security” recalls Justine, a student at the Tourcoing Vocational College and a member of the team that won 2 prizes thanks to their striking photo-montage « Who will you be ?». Participating in this programme has, according to her, “allowed them to appreciate its importance and how lucky we are to have this system in France”.

The students of the Notre Dame Sixth Form in Fontenay en Comble, winners of the “Grand Prix du Jury”, were interested in ways to fight against isolation through their photo album project « Uniting the generations ». This project made sense for them, since this tool makes it possible to immortalise moments experienced together and is also an object the elderly are already accustomed to and can therefore easily adapt to. More than just an academic exercise, its creation was a real social experience that allowed them to forge intergenerational links with the elderly. “One of the students has even developed a fusional relationship with a retirement home resident,” says Lisa, who represented the student group at the webinar.

This experience has led to additional concrete action since a partnership agreement was created in order, on the one hand, to guarantee regular visits by pupils to the retirement home, but also to get certain residents back to school by having them take part in classes during the school year.

Education, social protection, solidarity, youth mobilisation, intergenerational exchanges, all these topics and values are in line with those of the Education and Solidarity Network. The ESN also welcomes EN3S as a new member this year.

The “Youth and Social Security” competition is organised every two years, so the next contest will be held in the school year 2021-2022. In the meantime, you can find all of this year’s projects in the competition booklet. A replay of the event is also available on the EN3S Youtube channel.